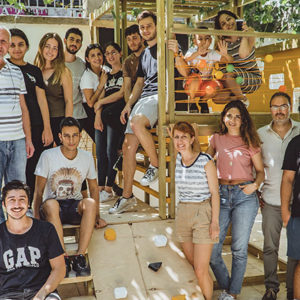 Between June 25 and July 13, 2018, a group of five students and two professors from the National University of Architecture and Construction of Armenia (NUACA) were hosted at MEF University in Istanbul, as part of the Turkey-Armenia Dialogue Programme series, organised by the Hrant Dink Foundation in partnership with Gyumri Youth Initiative Centre.

Within the framework of MEF University’s Design and Build Studio, the group from NUACA was paired with 2 professors and 9 students of MEF University’s Faculty of Art, Design and Architecture. Altogether, they designed and built a playground in three weeks timeframe for the Armenian migrant children living in Istanbul. Working in a collegial learning environment, the participating students from Turkey and Armenia not only experienced the joy of working and producing together, but also built friendships that crossed the borders between the two neighbouring countries.

Design and Build Studio is developed by MEF University for the first and second year undergraduate students of the Faculty of Arts, Design and Architecture to design and construct projects that address spatial needs of underprivileged groups. Students from both countries are responsible for the whole design and construction process with the collaboration of professionals, various institutions and CSOs. It was for the first time, MEF University implemented the Design and Build Studio with the participation of a partner university from abroad.

Aiming at encouraging sustainable collaboration among higher education institutions of Armenia and Turkey, the programme is a tangible outcome of previous endeavours of creating engagement among the public and private universities of the two neighbouring countries.

As part of the Design and Build Studio, students and scholars from NUACA spent two weeks at MEF University campuses. NUACA and MEF students were supported by MEF scholars Aren Emre Kurtgözü and Yasemin Burcu Baloğlu as well as NUACA scholars Arthur Yeghikyan and Grigor Babajanyan. The NUACA group had the chance to meet Prof. Arda İnceoğlu, the Founding Dean of Faculty of Arts, Design and Architecture.

During their 3-week stay in Istanbul, the NUACA group visited Kadir Has University’s Department of Architecture as well. The vice-rector of the university, Prof. Arzu Erdem hosted the group and informed them about the graduate programs and exchange opportunities available at Kadir Has University. The group also had the opportunity to have a tour of the university building, a former tobacco factory built by Hovsep Aznavour as well as the “Heritage of the Earth” exhibition at the Rezan Has Museum holding artefacts dating back to 1st century B.C. The group also explored the major architectural and cultural sites of Istanbul, including the Armenian cultural heritage of the city. 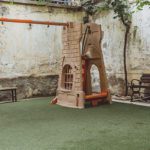 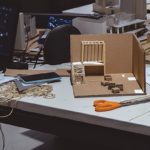 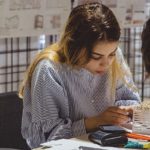 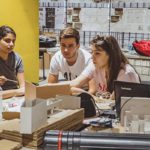 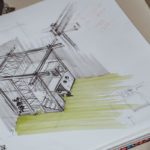 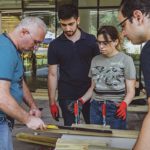 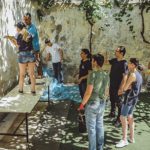 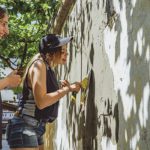 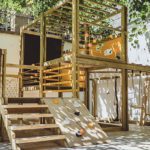 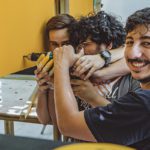 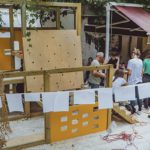 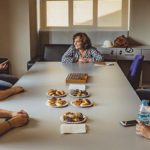 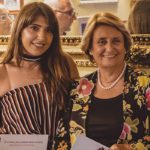 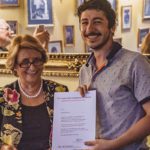 At the end of the programme, MEF and NUACA students and professors have received their certificate of attendance from Prof. Gülsün Sağlamer herself, who made this collaboration possible by encouraging and engaging the higher education institutions of both countries to cooperate in the thematic field of architecture.

The Turkey-Armenia Dialogue Programme is supported by the UK Government’s Conflict, Stability and Security Fund. The materials used for building the playground have been purchased with the support of the Chrest Foundation.