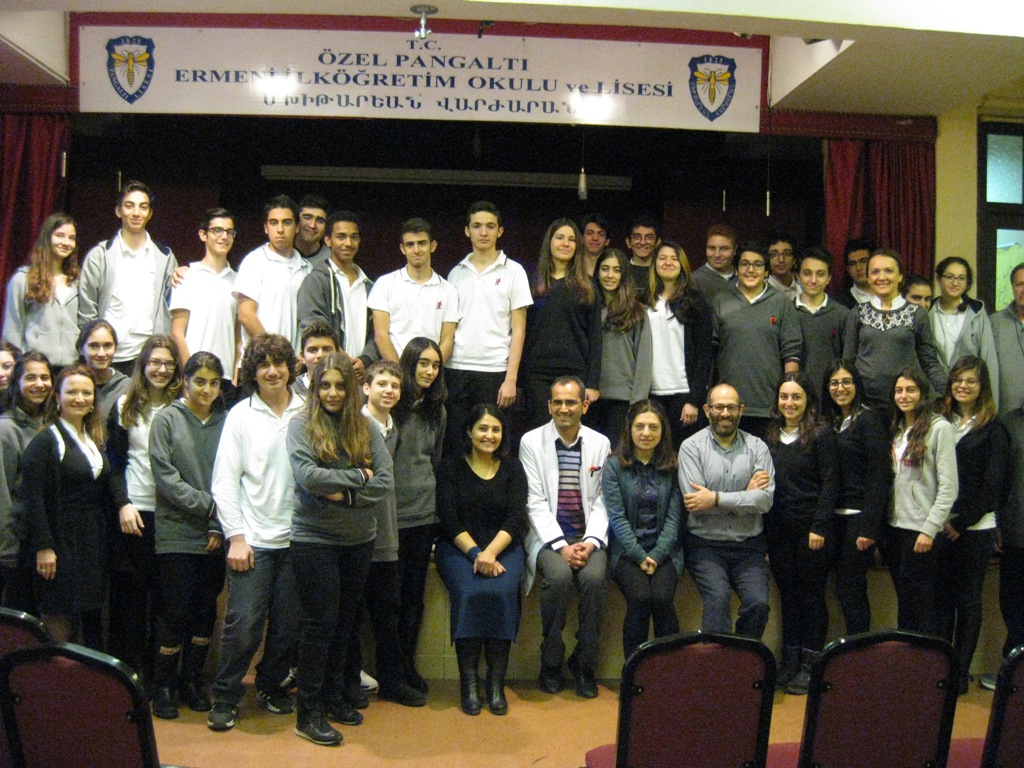 With the coordination of Menekşe Kızıldere, environmental engineer at Chamber of Environmental Engineers Istanbul branch and Zafer Kurtar, geography teacher at Private Armenian School of Pangaltı, a talk was organized at the same school on the perception of environment. During the past years the Chamber had been giving such talks for young people and in this way trying to contribute to the perception of environment among young people in different schools. As Armenian Schools have shown great enthusiasm in topics like environment, this year the Chamber decided to invite an Armenian researcher/environmentalist to this program to talk to students on the issue. Sofia Manukyan, fellow at Hrant Dink Foundation, who is currently carrying out her research at Istanbul Bilgi University and whose interests are within the scope of environmental protection, had the pleasure to talk to the pupils and describe the environmental situation in Armenia, as well as draw the audience’s attention to the link between environmental protection and human rights. 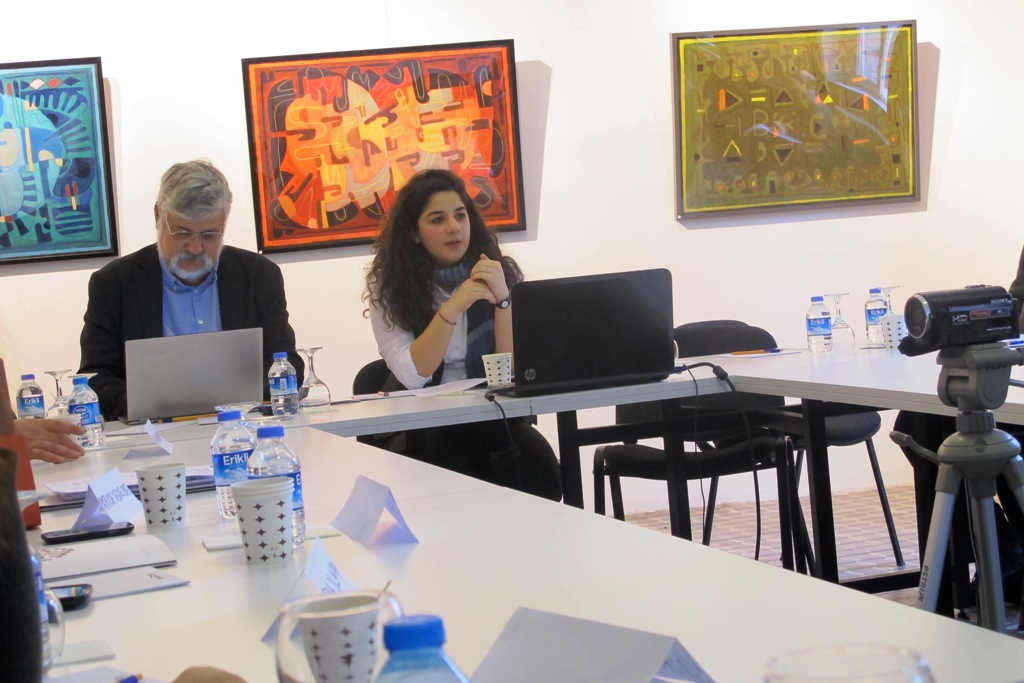 On January 15-16 Sona Dilanyan, who is currently based at Bogazici University through the Turkey Armenia Fellowship Scheme, participated in an international workshop entitled “Truth Telling and Encounters: Dynamics in Sites of Dialogue” which took place in Istanbul. The workshop was attended by the member organisations of the Regional Network for Historical Dialogue and Dealing with the Past (RNHDP) and focused on a variety of topics in the areas of peace-building, conflict resolution, transitional justice and reconciliation. Sona’s presentation dealt with her work at the Imagine Center for Conflict Transformation, particularly the dialogue initiatives in the context of the Nagorno Karabakh conflict and the challenges of working with groups where perceived ethnic identity divides are present. 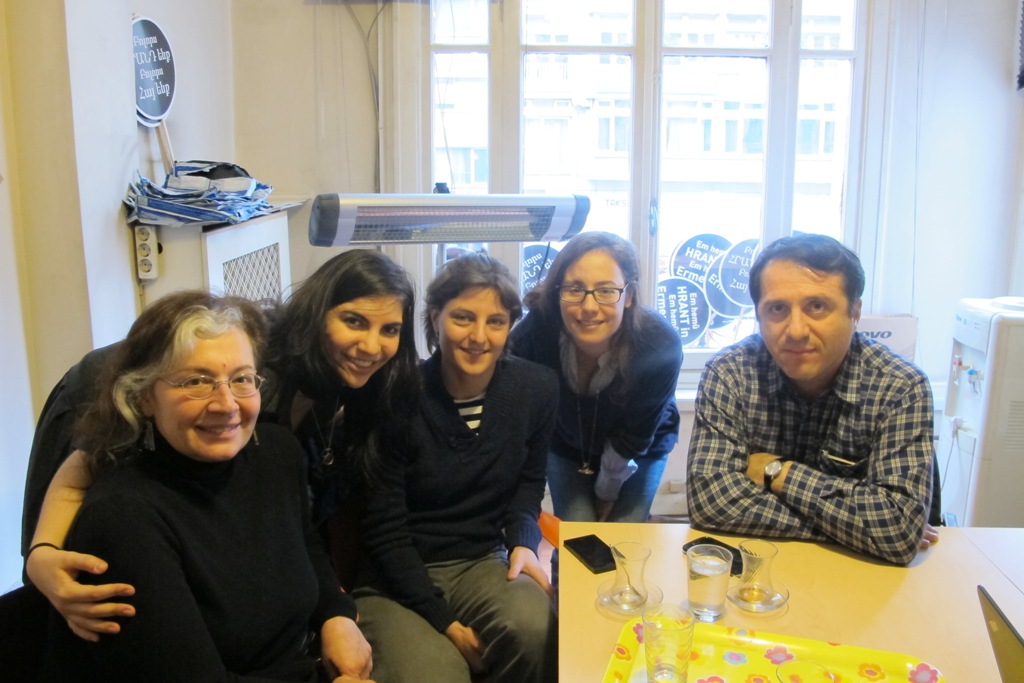 One other pre-departure orientation for the fellows, Emine Onaran İncirlioğlu and Candan Badem, took place at the Hrant Dink Foundation before starting their programs in Yerevan.