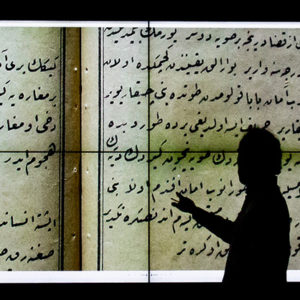 A group of 5 academics from Turkey specializing in Ottoman language, literature and history visited Armenia from May 30th to June 2nd, 2017, as part of the Turkey-Armenia Dialogue Programme series, organised by the Hrant Dink Foundation in partnership with Gyumri Youth Initiative Centre with the support of the UK Government’s Conflict, Stability and Security Fund.

The visit aimed at providing an opportunity of exchange between specialists from both countries who are interested in Ottoman language, literature and art history to identify the mutual needs and explore possible areas of cooperation. The group included historians, linguists and literary scholars teaching Ottoman and Turkish studies at Istanbul Bilgi University, Istanbul Şehir University, Koç University, Sabancı University and Yıldız Technical University.

During the programme, the participating academics had a number of meetings with major institutes and universities in Armenia that are already active and/or interested in Ottoman studies, as well as a round-table discussion.

The programme started with a visit to Matenadaran Mesrop Mashtots Institute of Ancient Manuscripts, where the group received a guided tour of the permanent exhibition, was introduced to the structure of the Institute and had a chance to get familiarized with the manuscript collection. The group also met with the acting director of the Institute, as well as its academic and administrative staff. One of the discussion points was the Institute’s need for experts in Ottoman language and literature, since there are many manuscripts in the Ottoman language, which need to be catalogued and studied. The group from Turkey offered their support in organising Ottoman language courses for the Institute staff. As the first step, during the visit, they conducted a series of introductory lessons of the Ottoman language for 10 staff members of Matenadaran, which helped better envision the design of a special module for the Institute.

In order to gain insight into the state of Turkish/Ottoman studies in Armenia and discuss avenues of cooperation, the group also visited the Department of Turkish Studies of the Faculty of Oriental Studies at the Yerevan State University. During the meeting, the department chair and staff presented the publications prepared by scholars of Ottoman studies at the Yerevan State University, and talked about their future plans and cooperation opportunities, including the exchange of resources and reference materials.

The group also met with scholars from the Institute of Oriental Studies of the National Academy of Sciences and was introduced to the main activities and publications of the Institute, followed by a discussion on the possibilities of cooperation, including both joint research and exchange of researchers.

The participating academics were also hosted by the president, professors and faculty members of the American University of Armenia. During the meeting, the academics from Turkey learned about the history of the University, its academic structure and courses. The group also was also introduced to the AUA Digital Library which digitizes and archives works of Armenian literature. The group and the University staff discussed several issues of common interest as well as possibilities of cooperation, including implementing student exchanges, hosting visiting scholars from Turkey, and exchanges between libraries.

The group was also hosted by the staff of the National Library of Armenia and discussed  prospects of cooperation and assistance in the field of book collection development and the study of documents in the Ottoman language.

During the programme, the participating academics also had a chance to visit the State Museum of Literature and Art after Charents, where they got acquainted with the history of modern Armenian art, literature and cinematography. The exhibition also showed the contribution of Armenians in the cultural life of the Ottoman Empire. During the meeting with the director and staff of the museum, it was also mentioned that the museum has collections of documents and other materials in Ottoman language, which have not been thoroughly studied due to the lack of experts in the field.

The short visit of the group culminated in a round-table discussion at the National Library of Armenia with the participation of scholars, academics and students from different universities and institutions in Armenia, specializing in the fields of Turkish Studies, Ottoman language, literature and history. During the round-table discussion the participants talked about the need for closer cooperation between academics from Armenia and Turkey and encouraged continued interaction and future meetings.